The Board of Trustees of the Idaho State Historical Society is the policy-making and governance body for the Agency, is appointed by the Governor, and has all of the powers and duties established by the Constitution of the State of Idaho.  Trustees provide a statewide perspective that informs Agency services and serve as a vital communication link back to communities.

Members of the board are recruited and selected on the basis of their qualifications with due regard to their knowledge, competence, experience, and interest in the fields related to the preservation and promotion of Idaho history.

The Board represents the entire state of Idaho and are responsible for ensuring that Agency statutes, policies and procedures are followed.  The Board delegates the management of the organization to the executive director and leadership team of the Society.

Current ISHS Board of Trustees

Don Pischner was a four-term Idaho Legislator representing the people of three counties; Kootenai, Benewah, and Shoshone.  He served seven years on the Joint Finance and Appropriations Committee and became interested in the Idaho State Historical Society though the presentations made to the committee and his long-term interest in Idaho’s development.  He is a third generation Idahoan whose grandparents settled north of Hayden Lake during the 1890s. Mr. Pischner has a continued interest in the history of Idaho, its politics, characters and events of its territorial era. He has pursued his interest in the lives and adventures of “Chief Joseph,” “Lewis and Clark,” and “William ‘Billie’ Clagett. In the 1980s, he served six years on the Board of Directors for the Museum of North Idaho and was part of the establishment of the current facility that is home to it today.

Earl Bennett is a retired State Geologist and former Dean of the College of Mines and Earth Resources and the College of Science at the University of Idaho.  After serving honorably in the U.S. Air Force, Bennett received degrees in geology from the University of Delaware (BA, 1968), N.C. State at Raleigh, NC (MS, 1970) and the University of Idaho (PhD, 1973). During his career Dr. Bennett published several hundred papers, generated over $5 million in research funds and made hundreds of presentations about Idaho’s geology and mineral resources. He has testified on many occasions before various state and federal legislative committees in Boise and in Washington, DC.  In 2003, he was honored as a life member of the Northwest Mining Association. Retiring as an Emeritus Professor in Geology in 2003, he continues to interact with the state’s mining sector as a consultant and speaker.  He specializes in the mining history of the Coeur d’Alene Mining District and other mining camps. Recently he was asked to serve as the city historian for Genesee, his home town. He is also part of a team updating the census of Idaho’s National Bank notes and has a general interest in the state’s banking industry.  He holds reader and research cards at both the National Archives and the Library of Congress and has done research in the National Numismatic Collection in the Smithsonian.

Bill Butticci is an Idaho Native with family ties going back to the pioneer days. He is currently serving as County Commissioner of Gem County part time and is employed full-time at Micron Technology working in Quality Control.  Bill has also spent ten years living in Boston while supporting defense contracts and used the majority of the weekends taking the family to the historic sites of New England.

While serving as Mayor, Bill took steps to restore and preserve the historic sites in the community. A design Review Ordinance was developed and passed to maintain the look of the historic downtown district. The city park band shell has been restored and put back to its original use of having performances for community events. Currently Commissioner Butticci is working on the preservation of one of the oldest homes in the state of Idaho and including it as part of a Scenic Byway named 52 on 52 in which the house may be toured. Along with this Bill’s Revitalization Committee has promoted a walking trail which utilizes restored historical bridges from around Idaho which cross the waterways of the path. The Lolo Creek Bridge was presented with an Orchid Award. He believes that we must preserve our past and educate our youth to maintain our identity as not to get lost in the present. Commissioner Butticci currently serves on the board of directors for Sage, a Community of Councils and has been appointed for a second-term to the 3rd Judicial District Magistrate Courts Commission.

Paul Smith has had a working relationship with the Idaho State Historical Society since 1991. Mr. Smith holds a Bachelor of Science degree in Business Administration with a minor in history. He has practiced law in California and Idaho. He served as regional assistant attorney general in the Magic Valley serving State agencies. Mr. Smith was appointed magistrate judge in Twin Falls, elected twice and served for five years.

Jim Johnston is a real estate broker and former educator. Jim has a BS is Education from the University of Idaho; a Masters degree in Religious Education and a Minor in Educational Administration from Brigham Young University; he has also completed coursework for a D.A. in Government from Idaho State University.  Jim is very involved in politics and civic activities. He is past District Governor for Rotary International, a past National Director and Vice- President for the National Association of Realtors, and Past President of the Idaho State Civic Symphony. He was selected as the Idaho Business Leader of the year in 2007 by the Idaho State University College of Business. 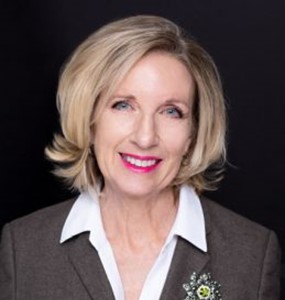 Dr. Cheryl O’Brien is an Associate Director at the Idaho Women’s Business Center, a nonprofit organization helping women thrive in business. This is her “retirement job” after a 30+ year career in engineering.

Cheryl holds B.S. and M.E degrees in Civil Engineering, and a D.A. in Political Science.

Cheryl started her career as a Naval Architect at the Puget Sound Naval Shipyard, and worked for various contractors including Westinghouse, Lockheed-Martin, and Battelle Energy Alliance at the Idaho National Laboratory in Idaho Falls. Specializing in structural analysis and design of nuclear facilities, she moved through multiple levels of management in program development, energy management, and sustainable construction to become an Engineering Director. Cheryl was one of the first U.S. Green Building Council LEED Accredited Professionals in Idaho 20 years ago. She has volunteered on the Board of the Yellowstone Business Partnership locally, the Committee on Women and Diversity in Civil Engineering nationally, and organized engineering sessions and conferences internationally. Her political science expertise is in energy and technology policy which she continues to follow.

Cheryl and her husband Barry feel honored and lucky to live in a historic home. As distant relatives, they purchased the home of Fred and Anna Gustafson who were instrumental in developing the canal system in the Idaho Falls area from their descendants. The O’Briens also share agricultural family roots in Idaho.